Breaking the glass ceiling and smashing gender stereotypes: the Max Weber Program’s Weber*innen initiative comprises a series of events that encourage scholarship holders to grapple with issues of sex and gender from a range of perspectives.

From gender mainstreaming to the gender pay gap and through to gender-neutral lan­gua­ge: gender relations and the prevalence of stereotypes are not only issues affecting aca­demia – they have in­crea­sing­ly become hot topics in media discourse.

The “Weber*innen” events series aims to embolden our scholarship holders to examine new per­spec­ti­ves on issues of sex and gender, and to embrace outside-the-box thinking.

Our series of events has tackled a host of issues to date, such as “Why are most en­gi­nee­ring jobs taken up by men?” and “How can I lay the foun­da­tions for a successful career – and what role will my gender play in doing so?”

We hold several Weber*innen events every year; they are not held in a fixed order and feature a variety of formats. Psychology student Johanna Burkhardt, for example, took part in a workshop in Beilngries that fo­cused on the relevance of gender and gender research in various dis­ci­pli­nes. “In just 24 short hours, we gained a wide-ranging insight into the field of gender research. The questions posed during the workshop and the dis­cus­sions which followed made clear that this is a topic of re­le­vance for every one of us.” 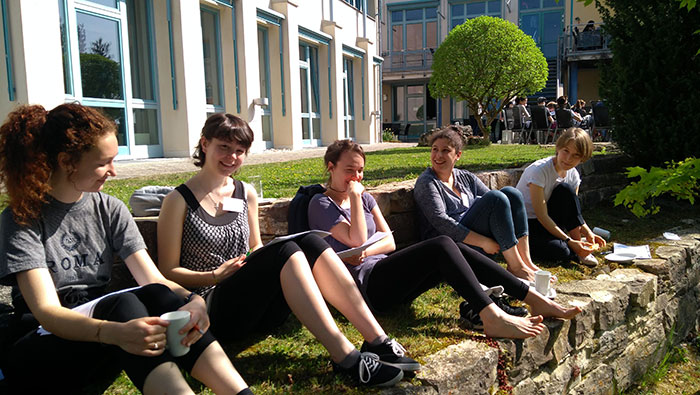 In April 2018, the Max Weber Program invited its scholarship holders to a Weber*innen workshop in Beilngries on the topic of gender research.

Send us an e-mail